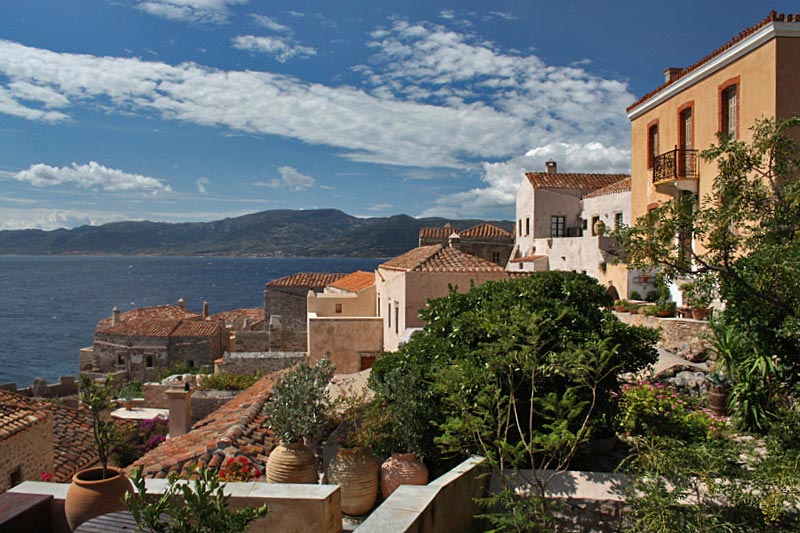 The Peloponnese is a peninsula connected to mainland Greece by a narrow strip of land, indeed, since it was opened the Corinth Canal would be more correct to call it Island … And ‘a world still largely intact, not exploited for tourism, so that is Greeks often meet only for days and days. Yet there are hidden treasures of immeasurable of ancient Greek culture and under the eyes of the visitor parade unusual and fascinating landscapes 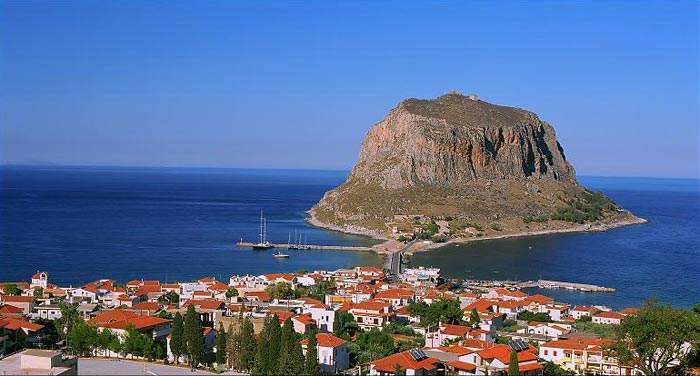 Monemvasia is an unspoiled corner of the Middle Ages in the heart of Laconia, the town is still accessible only through a narrow isthmus. Monemvasia is located at the foot of a rocky outcrop. It ‘was an important commercial center during the first and second Venetian domination and these days its palaces and churches in the ancient village. During these periods of history was known as Malvasia from which the name of the famous white wine imported in Italy until the end of the nineteenth century. 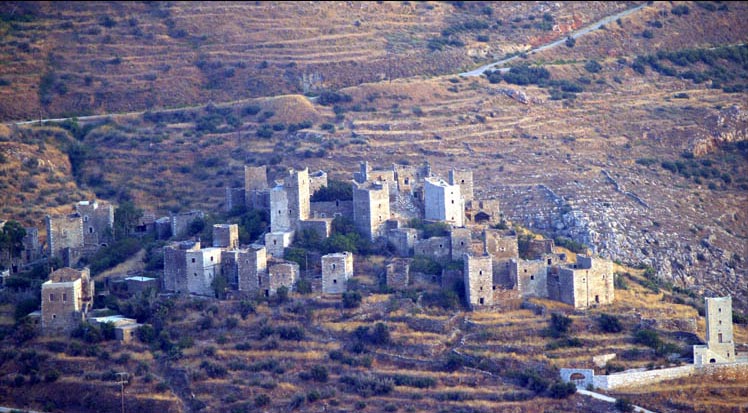 Tholos is a fishing village in Argolis and is an excellent starting point for visits to many archaeological sites in the Peloponnese, thanks to its central location. The country has much to offer visitors with its charm, for the modern tourist attractions but also for its beautiful natural landscapes. And ‘surrounded by a circle of mountains, but also offers lovers of the sea white sand beaches and crystal clear waters

Aeropolis is ideal leads to the Mani peninsula, a part of Greece to the edge of the world, almost uninhabited, where women still wear often, the traditional dress blacks. The Mani is a land of terrible beauty, and particularly bleak, offers visitors a unique landscape, not to be missed. The villages were built to defend against attacks by invaders from the sea, real fortresses, towers, many with small windows, almost slits. Few accesses to the sea, a few villages inhabited, almost all at the top for better defense, and a few hamlets of fishermen on the sea. A narrow road runs through the scenic Hands for around seventy kilometers (departure and arrival Areopoli). The mountain ends so relentless and spectacular in the blue of the Ionian Sea. Other natural spectacle not to be missed are the Caves of Dirou (about 25 miles from Aeropoli): in the cave of prehistoric Alepotripa were found, one of Glyfada has been excavated by a river flows into the sea below the current entry.

The Mani Peninsula is full of medieval churches also, remember those Harouda, Agios Sotirios Gardenitsa to the church and to Tassiarchi economy. Own economy by offering unique landscapes on the islands off the coast and the coast